No money, No Worries

When I woke the next morning and began to look for jobs online, I knew it was going to be a challenge finding anything without having a cell phone. I had to Skype each of the possible jobs, knowing I had no number for them to call back. As I sat there working, I noticed a man I'd seen in Bali's Airport. He had been in the smoking room as I entered, and gave me an extra charger as he walked out the door. Somehow, we ended up in the same city, country, and hostel. We exchanged introductions and I sat listening to Brooke talk about his journey over the last four years, and the process of writing the book he was currently working on. He had been in the terror bombings that happened on Bali, Indonesia in 2002, and this was the subject of his novel. We talked of life and what we anticipated in our futures. He told me not to stress about having little money, as he had been in the same situation, in Darwin, only a few years earlier. I felt like we were meant to have this conversation. It recharged me, and helped me to feel confident that I could do this. Over the course of that day, he bought me a fresh juice, cooked kangaroo with broccoli and beets, and even bought me a beer before the night was over. It felt good to have real food and conversation in my stomach again. I decided that day I would find a way to get into the outback of Australia, far from cities such as this one. I ended my journal with "Everything is gonna be alright, no worries, santai wei :)(:"

"I planned on searching for jobs, but the day quickly became settling in, becoming present in this new environment, and realizing tomorrow, my fears, are only illusions."

Another day began and I continued the frantic search for somewhere to go. My money was slowly dwindling and I could only afford two more nights. After many calls and no luck, I was starting to lose hope. I wrote notes in my journal of the best way to hitch hike out of Darwin, and where I could try to sleep along the way. It was a daunting perspective when I looked at the map. There was nothing for hundreds of kilometers. My plan was to head towards Alice Springs, look for work, or keep moving if I didn't find any. I put out requests online for Couchsurfing. Only one person replied, saying I was welcome to come, but his house had a clothing optional policy, and that I should be ok with people being naked and "doing things" naked. I would be sleeping on a shag on the veranda. To be honest, I appreciated a place to go, had no idea wtf a shag was, but really didn't want to go there unless I had to. I decided if it was going to get me on my way south, then so be it.

I woke the next morning ready to get to looking for work, but quickly made new friends. I met a lovely couple from Wales, Gethin and Emma. They gave me fruit and yogurt for breakfast, and talked of wanting to get into the outback as well. We decided we would all look for something together. As I walked down out of the hostel that morning, I noticed a sheet of paper on the door. It was a flyer for Bullo River Cattle Station, WOOFing, which means no pay, food/accommodation included, and deep within the Northern Territory. I tore the flyer off the door, sat down, and immediately began to call with my laptop. After a short conversation, passing the laptop to Gethin and Emma, they had agreed to pick us all up in 6 days, and fly us 800km south to Bullo River Station. I was in a state of disbelief.

Over the next few days, I made many friends in Darwin. We spent the days lounging by the pool, walking around the city, beaches, and telling stories of our lives before Australia. Until we found Bullo River Station, we were all in the process of finding jobs. I ended up asking my mother for help in paying for the hostel until they came to pick us up. She helped without question. Gethin and Emma always made sure I had a smoke or beer when they did and would refuse me not accepting. They fed me, watched over me, and helped in a way I will never forget. Thank you madre, and you Gethin and Emma, for both showing such generosity to a new friend. You have inspired me over the years to do the same.

A Journal entry from day we arrived at Bullo River:

"Ah so we made it to the ranch! Yesterday my new friends from Wales and I left Darwin via a plane close to 50 years old! Perfect timing as I only have $5 left! :) We flew with our new host Franz while his wife Marlee drove the truck back 14 hours! We are over 500 km from the nearest anything! We have been eating amazing fresh caught barramundi, local beef, veggies, and even drank a couple beers :) Ah it is amazing to be here, exactly what I've been looking for. Going to be a great place to work hard, and focus on processing these photos from the last year, if I can stop taking hundreds more each day! The never ending process :)(:"

“It felt like a dream knowing I would soon be on a cattle station, less than a week after arriving, deep within the Northern Territory… I was down to my last $5 dollars”

It was relieving to be somewhere, knowing my daily food requirements could be met without having to worry about the lack of money. The landscapes were like stepping into a dream, exactly what I imagined the outback to be. The next three weeks turned out to be unlike anything else I had experienced in life before. 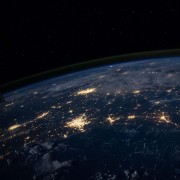 Hello :) I travel..sometimes. Based in New Zealand part of the year.