When Jordan told me his ambition for the Annapurna Circuit trek I was sceptical. “Camping Annapurna? You want to walk with weight? Carrying our own food?." I’m not sure when, if ever, I actually agree to this plan, but barely a week after I arrive in Kathmandu we are standing on the outskirts of Besisahar, adjusting our weighty packs and looking towards the mountains.

The adventure begins first night in, and instantly I see why Jordan wanted to trek this way. Annapurna Circuit Trek is one of the most popular treks in Nepal and is equipped for walkers year round. Teahouses cater for people the whole way, and local food can be bought in almost every village you pass through. Camping Annapurna however, is fairly rare. Especially in the off season. Locals were both delighted and confused to see us pitching the tent. "There are tigers here" a young girl tells us "Last year a tiger came down from the hills and killed two buffalo". After one particularly busy evening with many people stopping to say namaste we do start to choose our sites with privacy in mind.

Camping Annapurna meant swims in the river, campfires in the evenings, and foraging food along the way. For lunch we would either pause and cook something ourselves, or stop at a restaurant. We became adept at looking for local food places, which have no menus and are drastically cheaper than the westernized places. Tibetan bread became a staple, and any fresh fruit and veg we could carry we would.

Camping Annapurna meant falling asleep to the rush and roar of the river every night, and waking to a crows caw from atop the tent at 5am. It meant crouching sleepy eyed by the stove making coffee, while the clouds cleared in crisp morning light, and the mountains revealed themselves one by one like pageant queens.

My expectation of Annapurna in the monsoon season, was to be waking and walking in the wet. I had my rain pants. I was prepared for a very damp few weeks. In reality, the weather was superb. Barely any leeches, sunshine every day, and usually only the rumblings of clouds at around 3.30pm to remind us to look for camp. Can it really be the monsoon season? we wondered, and kept waiting for the skies to open.

In Manang we rest. We've gained more than 2800m and trekked over 100km since Besi Sahar. Everything is expensive in the mountains. Mangos: 300rp for 1kg. I get half a kg and carry them back barefoot over the cobblestones and scree. A decorated horse jangles past. The night before we watched the world cup until a power cut darkened the street. One by one the generators put put puttered into life, our hosts cooked on by torchlight. This is Manang. This is the end of the road. The next day we count our cash. Uh oh. "Rice and beans from now on Liv". We reckon after Tilicho Tal we have just enough cash to stock up on food before Thorung La pass, and carry on through to Muktinath where we can find the closest ATM.

This was the sight that greated us at Tilicho Tal. I actually cried and cried. Without a doubt it was the most rewarding day of trekking I've ever had. As far as we could tell, we had the place to ourselves.

All night cracks and booms sound from Tilicho Peaks glacier caving. It was fantastic, but I found it difficult to get up in the morning at 5000m. The altitude makes us lightheaded, and leaving the tent means wrapping up well. We stay two nights then head back towards Manang. Both Jordan and I are happy to start descending. We're feeling positive too about Thorong La pass, judging that one of the toughest days we'll encounter is now behind us.

That night the stove breaks. We cook dinner over a campfire and asses our options. There's no cash for a new stove, plus gas, plus food. There's not enough for guesthouses either. There's no fixing the stove, and despite last nights successful meal, Jordan discovers over a hard-won lukewarm coffee that cooking all the way with fire isn't going to be an option. Time to call it, we're going all the way back. By lunchtime we've decided to be positive about it, and by 1pm we are bouncing away from Manang in a jeep towards Besi Sahar. To see the distance we trekked covered in 9 hours by jeep is a surreal experience. Water is flowing in the valleys now. The jeep crosses a river with water well up the sides of the doors and I realise that the monsoon has properly set in. We both snap pictures out the windows until we are too exhausted to frame anything up.

Camping Annapurna was a fantastic experience. To the end of the road, a little bit higher, and back again. 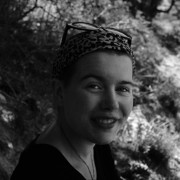 Hello, thanks for reading! I am local to a small island in southern New Zealand called Rakiura. I am a traveller, creator and storyteller.